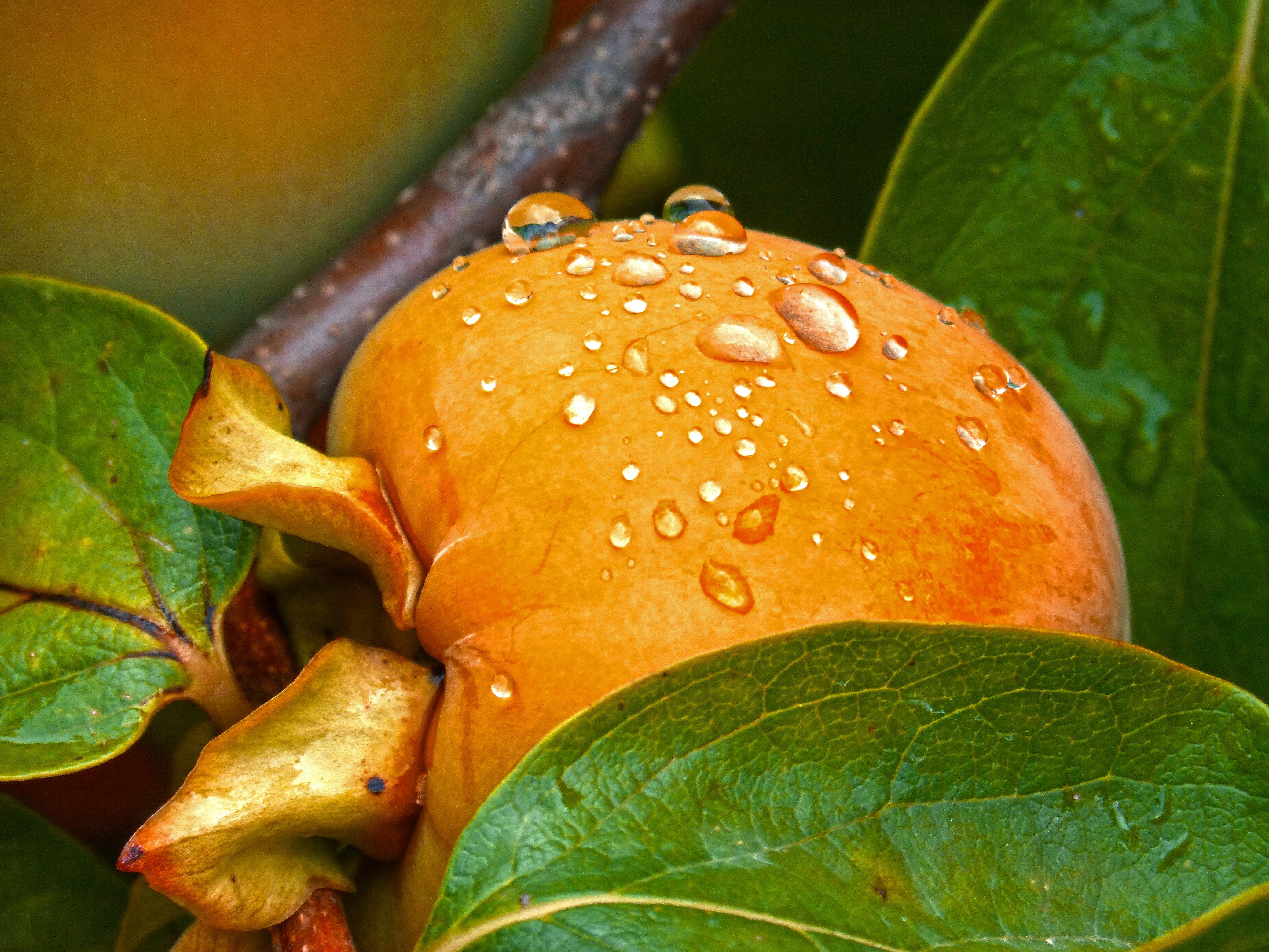 With the impending doom of 60 degrees below zero on its way to us in Ohio, it got me thinking – what are the most cold-hardy plants that survive in the harshest conditions on the planet? I started doing some research and wasn’t finding anything particularly interesting. When it gets that cold, or you’re looking at an area like the Arctic or Antarctic, there’s a layer in the soil called Permafrost. This is a permanent frozen layer beneath the soil, but there is a thin layer on the surface of the soil that will freeze & thaw, called the active layer. Grasses, lichen, and dwarf trees & shrubs grow here, but the shallow layer of soil prevents trees from becoming well-established.

Though it’s fun to learn about that frozen world, I thought it would be better to focus on the fruits & veggies you can grow if you live in a frigid climate or growing zone below 6

Also known as the Blue Java Banana, this plant was a little bit of a stretch for this list, but extremely unique and totally doable even if you’re gardening in Zone 4! If you’re in zone 7 or lower, you’ll want to plug these guys into pots. That way you can move the pots indoors during winter. Just as the name indicates, these have a vanilla custard flavor that comes from the plant’s unique blue bananas. This one may be quite a challenge, but so cool to know that it’s possible to grow tropical fruits in a Midwestern climate!

Gooseberries have been rising in popularity recently, but are still relatively unknown in the United States. These plants are extremely hardy all the way down to zone 3 – or -40ºF!

Currants are very similar to Gooseberries – they are extremely hardy down to -40ºF. The big difference between the 2 is that Currants grow in clusters of 8-30 fruit whereas Gooseberries will typically have 1-3 fruit per group. There are a ton of varieties of currant: red, white, black, and pink – I actually have a variety called ‘Pink Lemonade’ in my garden and last year was the first year we were able to harvest fruit. They taste somewhat like a mix of grapes & blueberries, but slightly more tart. This season will be the 3rd year we’ve had the plant, so should see some great yields this year!

I have been extremely interested in Persimmons ever since I had one of my grower customers at work (I work at AM Leonard horticultural tool & supply company) tell me that they were a native tree to Ohio. It’s funny because a) I have never seen or eaten a Persimmon and b) I have never seen a persimmon tree! These are another super-hardy plant that can tolerate up to zone 4, or -25ºF. Just like the Blue Java Bananas, these are supposed to have a custard-like taste & consistency – I’ve also heard it described as nature’s sorbet.

Veggies that you already know about are boring to plop into this list, but I think it’s important to include fast-growing plants and not just fruit trees/shrubs that take years to get to fruiting. Radishes, Beets, and Turnips love the cool weather and they get off to a great start because they begin growing before the weeds do. Beets will thrive when growing in the warm summer months, but do better when seeds are started in a cooler environment. All of these crops can survive freezes and the cooler weather actually increases their sugar content & decreases that spicy flavor that can sometimes affect Radishes that are grown in hot weather (sorry to all my CropBox people that got the fire Radishes last summer!).

Cranberries are very similar to Currants & Gooseberries, but thought it would be important to list them on here as well because they’re considered the most-consumed berry in the world – and they are extremely cold-hardy, growing best in Zones 2-6. A lot of Cranberry production takes place in cold climates – Wisconsin, Michigan, Massachusetts, and Canada. And if you’ve never seen a cranberry harvest, it’s something you’ve got to check out. Cranberries are grown in ‘bogs’ and during harvest they flood the bogs, the fruit floats to the top, and they’re wading through waist-deep water with rakes – think Ocean Spray commercials with the 2 guys standing there in cranberries – that’s the harvest. Maybe I can try to link up with some local growers to capture a harvest next fall?

Cold hardy Kiwi is a special plant. Normal Kiwis grow in zone 7-9, but cold-hardy will allow you to grow them up to zone 3! Another interesting thing about this plant is that it is basically in invasive weed – if you aren’t regularly pruning or training, it definitely has the potential to take over your garden, maybe even your whole yard!

Cabbage and other Brassica plants (Broccoli, Kale, Brussels Sprouts) are extremely cold-hardy as well with most of them able to take temperatures as low as 15ºF. These veggies are great for starting off your growing season & getting some early-season greens, or you can extend your gardening season with these guys growing well into October or November for me here in Ohio.

Carrots are another underrated crop that can withstand the cold down to 15ºF – but you may have to cover the green tops to prevent damage from a hard freeze. Carrots are similar to the other root veggies mentioned earlier – they grow well in the heat, but the cooler weather really elevates the sugar content & makes for a sweeter-tasting end result.

Haskap is also known as Blue Honeysuckle, Honeyberry, and a slew of other variations. This berry is native to Japan, Russia, and Poland and grows well in zones 2-9. Honeyberries are loaded with antioxidants & supposedly have a flavor that tastes like a mixture of a blueberry & raspberry – I’m thinking we might have to make some room in the garden for these guys!

The winter months are grueling for a gardener – it’s all about waiting for the weather to break & keeping yourself occupied with projects to help plan the upcoming growing season. I hope this brought a little entertainment & value, maybe even helping you extend your growing season this year, but stay tuned as I’m really ramping up my content this year and will actually stay consistent with it. Just as last year I will be running my Fresh Produce Subscription Box, but will also be walking everyone through the process of gardening – from Planning to Planting, from Pest-Control to Fertilization, and from Harvest to Processing.

Let me know what you would like to see – what would help you become a better gardener?

Winter is a sad time for most gardeners, unless you have a greenhouse or some other structure to extend your growing season. There is always something you can do during the offseason to better prepare yourself for a successful springtime. Here are a few steps you can take, and projects you can work on to maximize your yields, minimize your waste, and Garden for Gains.