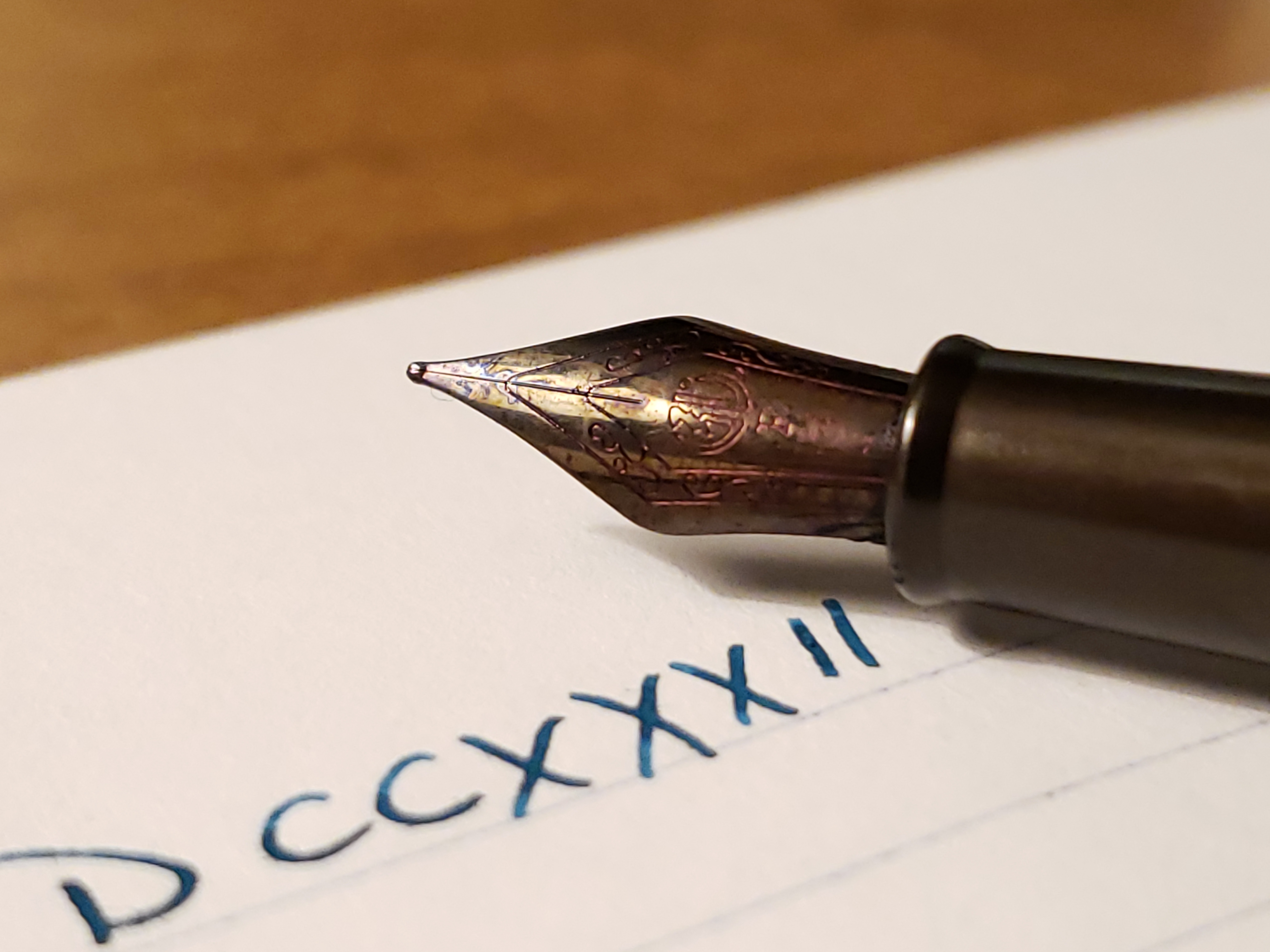 Though the day is frigidly cold, it feels like the pen is gliding over the paper with ease. Today’s bloganuary prompt is:

Now that I am firmly entrenched in my writing habit, I love everything about it. This habit was born more than 2 years ago on New Year’s Eve, because I wanted to be ahead of my New Year’s Resolutions and for some reason, it seems like resolutions started on that exact day are bad luck. Why not take the initiative and make your dreams come true.

When you really think about it, you are the only one holding you back – no matter how many excuses you can drum up or people you can blame. I began writing using the book The Artist’s Way, which is where the Morning Pages technique came from. What I loved about this is that it gave me more of a reason to write, and it justified the type of writing I was doing. In a way, this writing begins as an exciting journey, but I believe that as your embark on the journey of stream-of-consciousness writing, you will eventually encounter your demons and be forced to face them; you will be forced to face yourself and to become vulnerable as your have never allowed.

One of the main benefits of writing for me has been this self-therapeutic aspect that has helped me to transform my life, my attitude, and to strengthen the relationships in my life, not to mention strengthening my relationship to myself.

Another part of my writing that I love is that it is daily, so there are no lulls in the story, though I may be focusing on different aspects of life. That is probably what I like the most: I am capturing my thoughts, feelings, and philosophy as we hurdle through space on this rock called Earth. I have captured so much beauty and transformation in my life. The day after I began writing, I proposed to Kyla. We got married later in the year and not even a pandemic could hold us back from the most perfect wedding we could have ever imagined. I also captured the beauty & excitement of her whole pregnancy with Zander, and I think that will be of great value to us all later in life.

To capture the awesome power of God in our lives has been nothing short of magical, but life is not all sunshine and rainbows, so I captured the dark side & the sad times too. In a way, I think that I greatly transformed over these past 2 years and thousands of pages. There was a lot of guilt, shame, and fear that I was holding onto in my soul that was dragging upon me like I was carrying chains and walking through sand. What I learned was that we must release ourselves from the self-imposed bondage that holds us captive in the regrets of what-ifs and yesterdays. I always think, “If I would have just reached out more, if I had just been there. Maybe it is my fault he is no longer here.” But while these thoughts seem noble, we must also realize there is a twinge of narcissism in them. You are not responsible for anyone else’s fatal decisions and you need to know that you did the best you could – their decisions were made up in their minds long ago.

So if the first lesson was to find joy & gratitude in life, the second lesson is forgiveness – and the release of soul-sucking negative emotions that serve no purpose other than to torture your psyche unnecessarily.

What I also like about my writing is that I wrote a variety of things. I tried not to be such a documenter, but it is natural to do so when you are keeping a diary of a certain kind so I am grateful that I will be able to see my subjective documentation of 2020 as it happened, not an oral history we talk about later. I will have it documented on how the United States of America was ripped apart, burned, and looted for months in the name of social justice, and how people were calling for the dissolution of the country & even our constitution. I have the tweets of President Trump documented in their range of “this is hilarious” to “holy shit, this is going to lead to World War III”. Life has been so topsy-turvy in the last few years – and maybe it always will seem that way when you are glued to the news – but this felt different, it felt as if there would be a revolution to overthrow the government. And somehow that tag got applied to the Capitol rioters, not those burning cities & police stations down; not those setting up “autonomous zones” and not those literally calling for revolution.

What a strange and crazy world we live in, and it feels the insanity will never end although I think some people are waking up. It is safe to say that politics consumed many pages of my writing, but that too will be valuable to look back on. I think I finally reached a point a few months ago where my brother opened my eyes at a time where I was already frustrated with alternative news.

The problem with the world right now is that very few people stand for something, and they do not even stand against it. I feel that people are not for Biden, but rather their stance is ‘not-Trump’. We cannot live & thrive in a society that is constructed on negations, and yet that is where our cynical, ill society is in its development.

Pardon that political interruption – as you can see, I have still not worked these issues, and if anyone ever can fix politics, then they will get ‘fixed’ in the bottom of a lake, if you know what I mean. It is simply a game that you cannot play if you wish to be happy.

One of the greatest things about writing is that sometimes you get struck with something other than your past, politics, or documentation of the joys of life. Sometimes you are thunderstruck with a creative idea that you write out a few lines, then you feel fear because you want to get it just right. You write a few more lines. Then a few more. Suddenly the inspiration washes over you like a warm wave in the ocean and you have begun the trip into fantasy land and you are writing a story. I have started several, but have 2 longer stories – one was over 150 pages and the other was 30 or 40 pages. I still believe that there is potential for both and as I type my Pages out, I am excited to come upon the stories so that I can continue onward with them and allow them to flourish once again, and eventually complete them, perfect them, and publish them.

What I love most about writing is that there are endless possibilities; and if you don’t like how your story is going, keep writing because it can only get better.