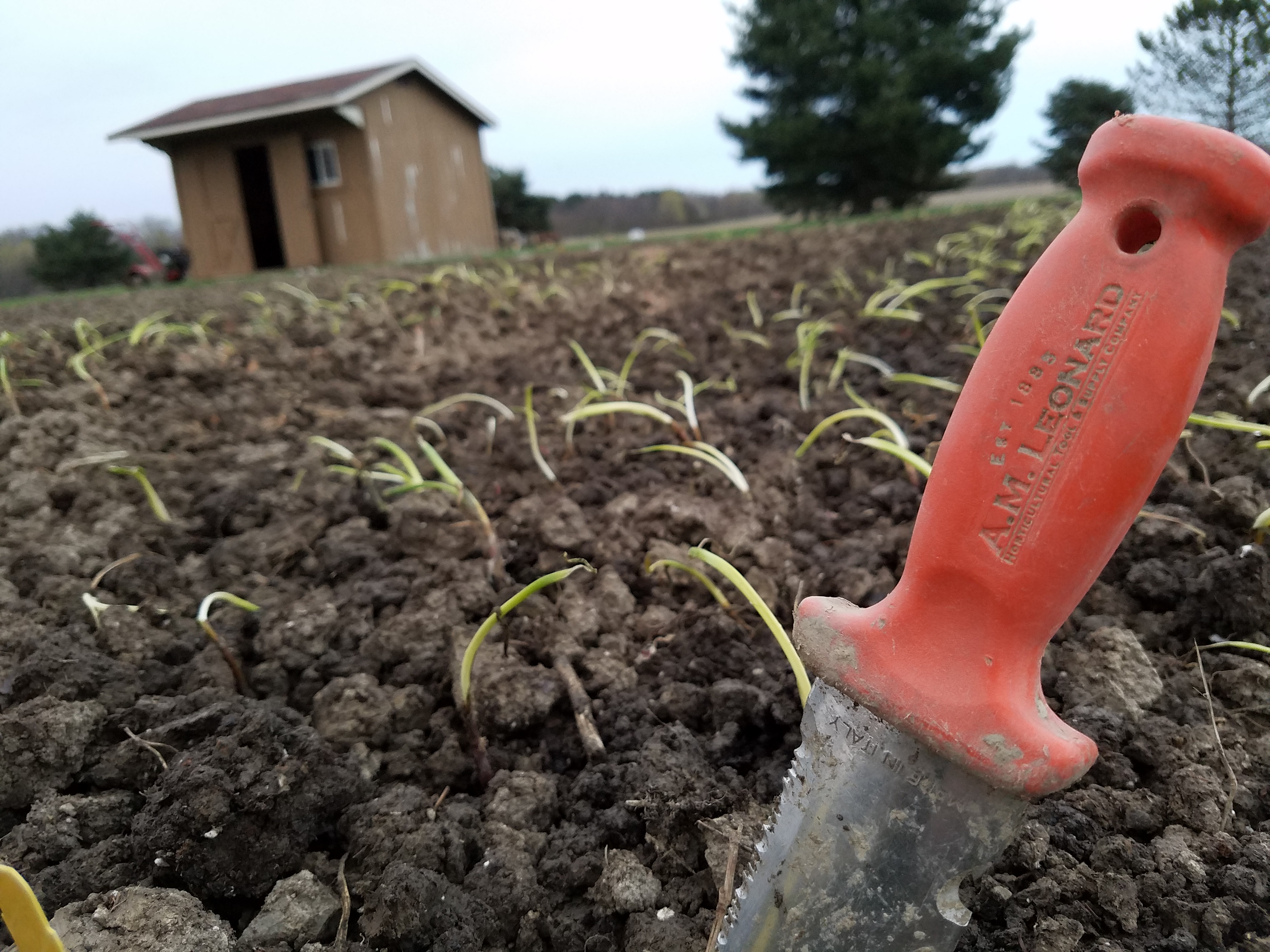 This year is my first full year in my new home (and Garden of Gains South). I had moved in at the end of July 2016, had a garden that I quickly plowed in the first week, but now I have a full season, and am much more organized & intentional with my planting this year.

Fast forward to 2017 & finally got the home garden fully planted! I listened to Googled sources on my frost dates last year & paid for it when my tomatoes were hit with frost; this year I listened to local legend & waited until after Mother’s Day to plant the delicate plants – most everything besides the berries.

This garden consists of:

It really doesn’t seem like I have that many different varieties, but I do usually get carried away when it comes to plants..

The Boyne Raspberries, Pink Champagne Currant, and Apache Blackberry were planted earlier in the spring, plus I had an Anne Golden Raspberry that is thriving in its second year.

I’m trying something new for my tomatoes & pepper plants this year. For the tomatoes & half of the peppers I am using red mulch film under them. This will suppress weeds, help the soil retain moisture, and heat. I also have black ground cover fabric over half of the Pepper bed to test if there are significant differences in yield. The good this about the black ground cover is that it is woven – meaning that water & nutrients can pass through the fabric. The red mulch film is plastic & therefore repels water – didn’t really think the irrigation issue through before doing all that. There is a small hole around the plant so I can still set up some drip irrigation if needed.

Probably going to have to replace a few of the weaker transplants. My tomato & pepper seedlings were grown under T5 fluorescent lights for about 6 weeks & didn’t really know what to think of the Sun.

Gardening for Gains North is @ my parents’ house & is where is all began. I’ve currently got ~1000 onions comprised of 10 varieties planted along with much smaller amounts of beets, radishes, turnips & a bunch of sunflowers coming back again from last season. I mainly chose that combination because it is pretty low maintenance, the garden is 30 minutes away from my home & I planted things close enough that it should eliminate a ton of weeding – we’ll see how this theory pans out though.

Nothing better than watching & facilitating the growth from seedling to garden – it is so satisfying to be able to complete this journey for a good amount of seedlings! This is only the beginning, now the name of the game is prevention of disease & pests and managing growth. Happy gardening, hope you make some gains this year!