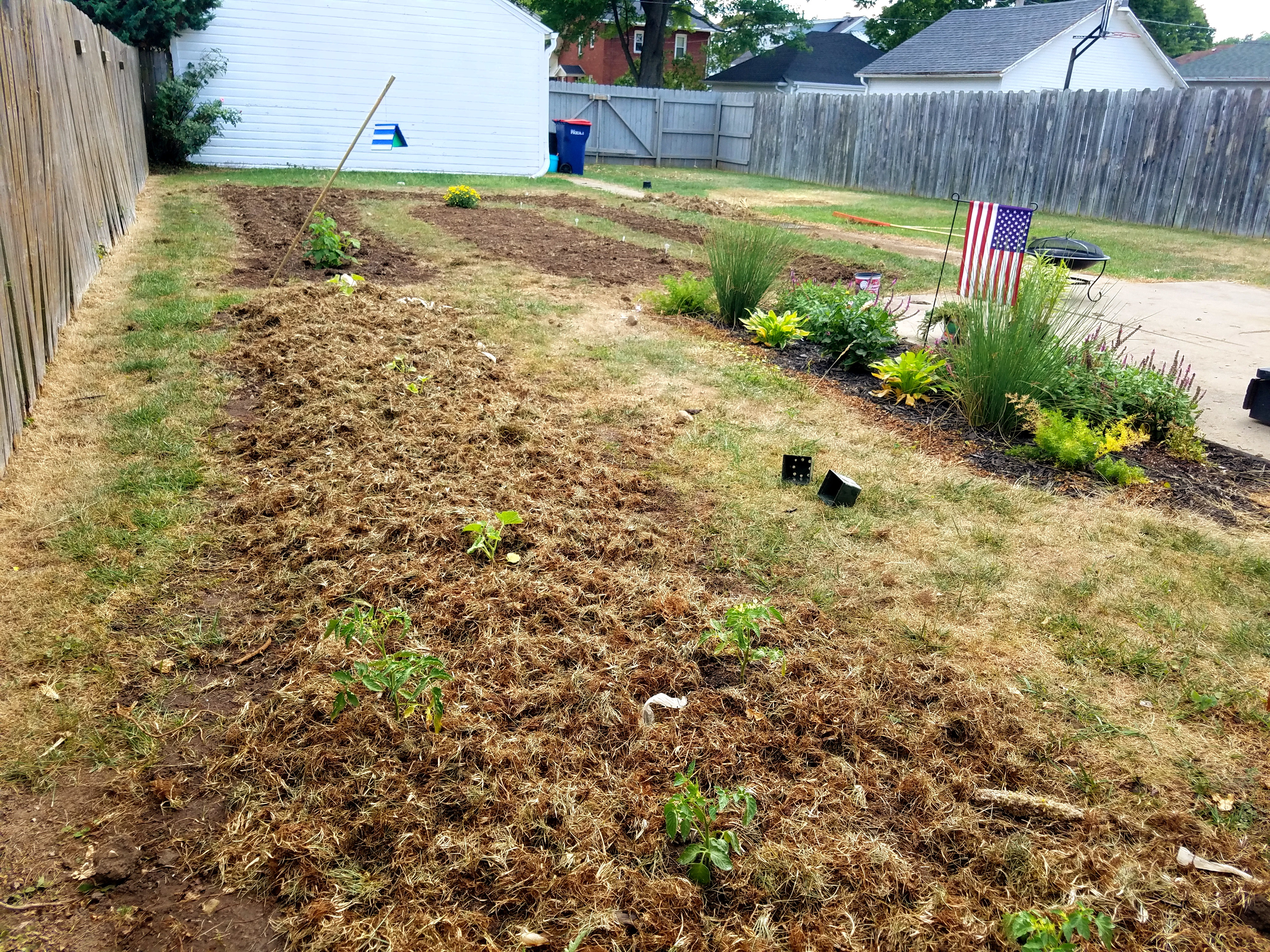 The past few weeks have been a blur; so hard to believe that I now own a home. I was on the house hunt for about 2 months. Thought I wanted to buy a house in my hometown, but then kept getting hung up on the “what ifs” and the anticipation of the future. I stopped looking for a couple weeks, got my mind right and just started making a list of houses I wanted to see. I found quite a few that were in my price range, had good potential for a few key areas: live-ability, garden-ability, & a good investment – that way I could worry about the future in a more realistic way. If the “what ifs” came to fruition, you have to be able to turn a house around and hopefully profit.

All of that aside, I made a list of about 10 houses from Tipp City to Piqua – my hometown is Sidney which is just north of Piqua and I had seen about 6 open houses and wasn’t finding anything that spoke to me. A few of the houses really peaked my interest, but it wasn’t until the last house where I really felt that “I’m home” feeling. Ironically enough, my realtor sent me an email the morning of the day that we were going out to visit houses, and it was the first day that my current house was on the market. That was the only one that I looked at in Piqua, and was the last one on the tour that day, and I just knew that it was the one. Attractive price point, good potential house that didn’t need a ton of work – just basic maintenance, some paint, and a vision for the future projects.

Of course my starred project was the garden. Everyone who came to my house complimented the size of the backyard and my only reply was “yeah, it’ll look a lot better once I rip up all this grass for the garden”. And so I did.

I started digging the first bed out with my all-steel AM Leonard spade (15” blade) and learned that the soil wasn’t too bad on the top layer – but a decent amount of clay and found a few rocky patches, including what I think are 2 arrowheads. Because of the amount of clay that was deeper in the soil, I incorporated sphagnum peat moss into the areas where I was planning beds – just enough to fluff the soil and break up some of that clay.

My first garden at my first house was the first time that I’ve planted a garden with someone; Kyla of course. We planted a pretty good-sized garden:

-4’x18’ strip for late-season tomatoes and cantaloupes. I’m thinking about trying to train the cantaloupe up a stake, never tried it before but excited to test vertical farming out!

Then there is the U which consists of:

-4’x22′ with the first 6 feet of the bed dedicated to the future growth of a golden raspberry bush and then 2 rows of cucumbers 16 feet long. One variety is called Pickle Barrel Hybrid and I will set up a trellis for that side, while the other row is a variety called the Picklebush and those – as you might have guessed – grow more like a bush.

-4’x16′ is the size of the bottom of the U and that has 2 rows of corn called “Baby Corn Bonus”. This should be harvested in 30-40 days and will be awesome in a stir fry! Also have a few rows of Garden Beans – had some for dinner tonight and they taste awesome, nothing better than a good homegrown meal!

-3’x22′ completes the U and I filled that with a mixture of “Space Hybrid Spinach” and “Dwarf Blue Curled Vates Kale”.

-A 4.5’x20′ rectangular “I” sits inside of the U and that is loaded with herbs: Bouquet Dill, Cilantro, Greek Oregano, & Dark Green Italian Parsley. We wrapped this bed up with a colorful mixture of Carrots & German Giant Radishes.

Here’s the status on the Garden of Gains II:

Tomatoes: growing strong and recovering from the 90-100+ degree days we have been having the last 7-10 days.

Cantaloupe: starting to expand their reaches and they have their “feelers” looking for something to hold onto – hopefully I can train them up a bamboo stake and save some space.

Radishes: wouldn’t be surprised if every single seed I planted germinated within like 3 days of planting

Spinach & Kale: starting to peak through

The Rest: other things I planted should be coming up within the next couple of days, especially with all the much-needed rain we have gotten the past few days and hopefully we will get a little later in the week as well. No other method irrigation compares with a good soaking rain.

I’m happy with how the Garden of Gains II has shaped up so far. This is a pretty good-sized garden but the planting flew by with Kyla there to help out. Usually I garden alone, but it is definitely nice to share your passion with someone you love. And you learn a lot about each. You work together. You build something. You are assisting in the creation of something. The key thing is that you do this all together – as a unit, as one. Or at least that’s how it was with me and Kyla. There is never a moment when we can’t find a solution to our problems. It doesn’t mean that we don’t encounter problems, but when both people strive to be the best person for their person then you have a special relationship.

We are all just out here Gardening for Gains.