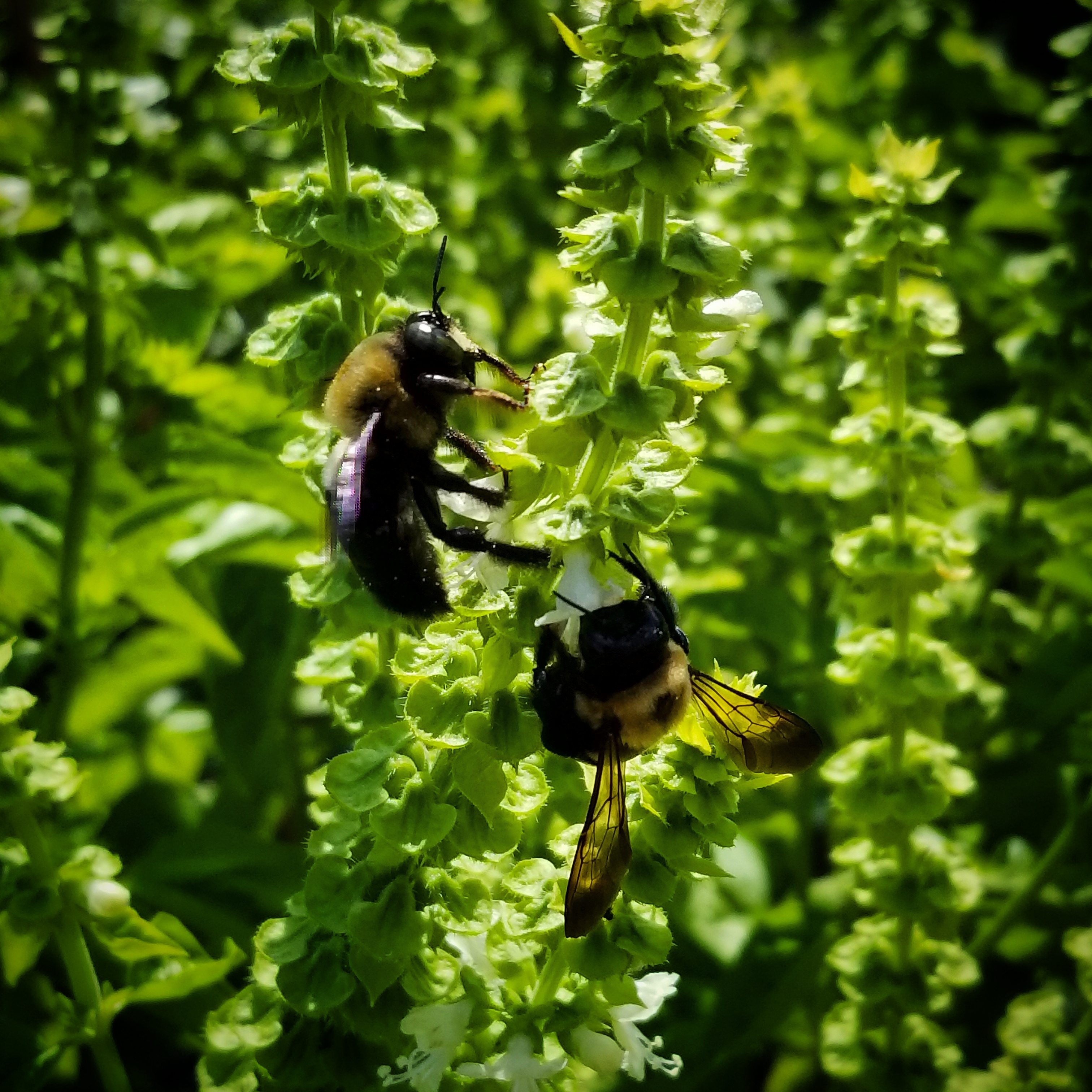 This year my garden has been full of Birds, Bumblebees, Praying Mantises, Spiders & more – and that’s a good thing!

With every garden, the main concern is to grow food & you must protect it from pests, insects, and disease. In order to do this, it would normally require some sort of pesticide or insecticide – these are not always bad. In the modern world, everyone thinks that a pesticide or a “chemical” is a dangerous, cancerous thing – but in order to grow food, you have to make some decisions. Do I want to eat the literal fruits of your labors, or do you want to leave it to bugs?

Early in the growing process I used a few products to help control pests: Neem Oil, Hot Pepper Wax, and Diatomaceous Earth. All of these products are OMRI-listed & certified organic, but I took care to not spray the garden with Neem Oil or Diatomaceous Earth when flowers started emerging & pollinators began doing their work. Although Neem is safe to spray – as long as it isn’t directly on the bees – I didn’t really want to take the chance when I started noticing the intricate food web unfolding before my eyes.

Looking closely at some of my tomatoes, I began to see the start of whitefly, and also of mites, but then they would disappear after a couple days. This was due to 2 factors. The first one is the huge amount of birds that I have visiting the garden. For whatever reason, I hate birds in my garden – I thought they were just there to pick some flowers, eat my raspberries, and dig up my earthworms. A closer look revealed that they were also cleaning up the bugs from the tomatoes, cucumbers, and peppers.

The amount of pollinators in my garden has also really been astounding. I’m not a big fan of bees, but the role they play in the garden makes them a priceless asset. This year I began to really pay attention to them because of the huge push to “Save the Bees”, what is going on with them anyways, why are they dying?

(Check out this video I got of a Praying Mantis Attacking a Bumblebee!)

There have been at least 6-8 different types of bees, hornets, yellow jackets, and wasps buzzing around the backyard – drunk off pollen, indulging themselves in the buffet on Boone Street. The bees may be pollinating, but the others guys (wasps, yellow jackets) have been spotted crawling along the soil or leaves of the plants – why? When you really look, you see they’re cleaning up the whitefly & the mites.

And that is the beauty of a healthy-functioning garden ecosystem – there is a true food web that is being naturally sustained!

6 thoughts on “My Garden’s Diverse Ecosystem”